Imagine standing on a piece of land floating on water. No, not for a fictional story or scene from a movie, but in real life; this is really possible in Manipur.

Have you ever believed in the existence of a floating island on the face of this earth? Well, believe us when we say such land exists only in one place in this world. By visiting Loktak Lake, which is in Manipur, India, you’ll find yourself walking on floating land. 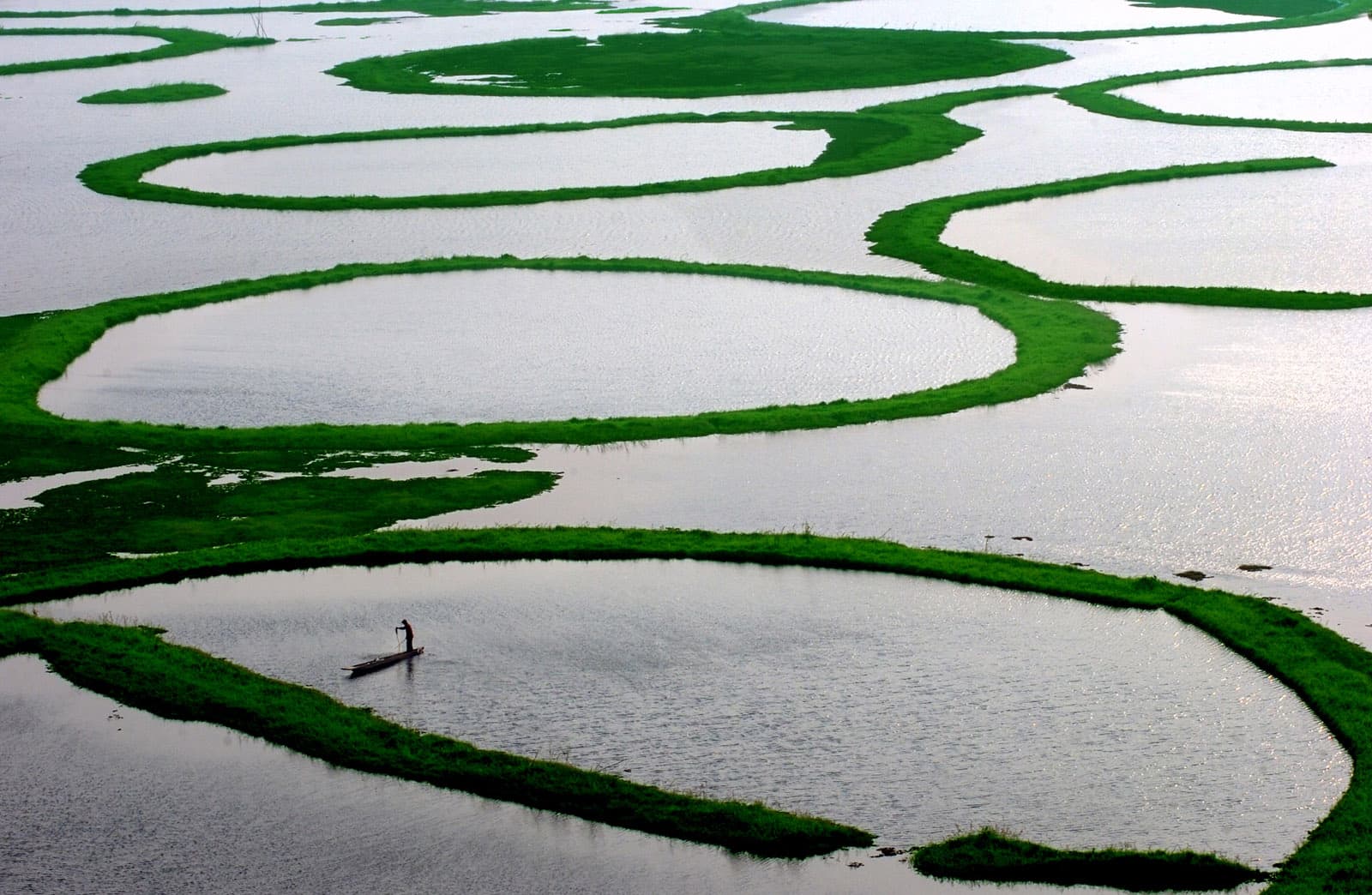 In the entire Northwest of India, Loktak Lake is the best freshwater lake which is home to floating islands that house a national park and India’s first floating elementary school. It has circular floating swamps commonly referred to as Phumdis. The swamp resembles a ring-shaped floating island, and they spread over 300sq. Km of Loktak Lake.

Speckled across this Loktak Lake, the several thousand floating islands called “phumdis” and its surrounding waters are vital for irrigation, drinking water, food supplies; thus, the lake has been referred to as the “lifeline of Manipur” state. Thousands of fishermen make their livelihood in the waters, catching about 1,500 tons (6.6 million pounds) of fish every year. It is also a birder’s paradise. 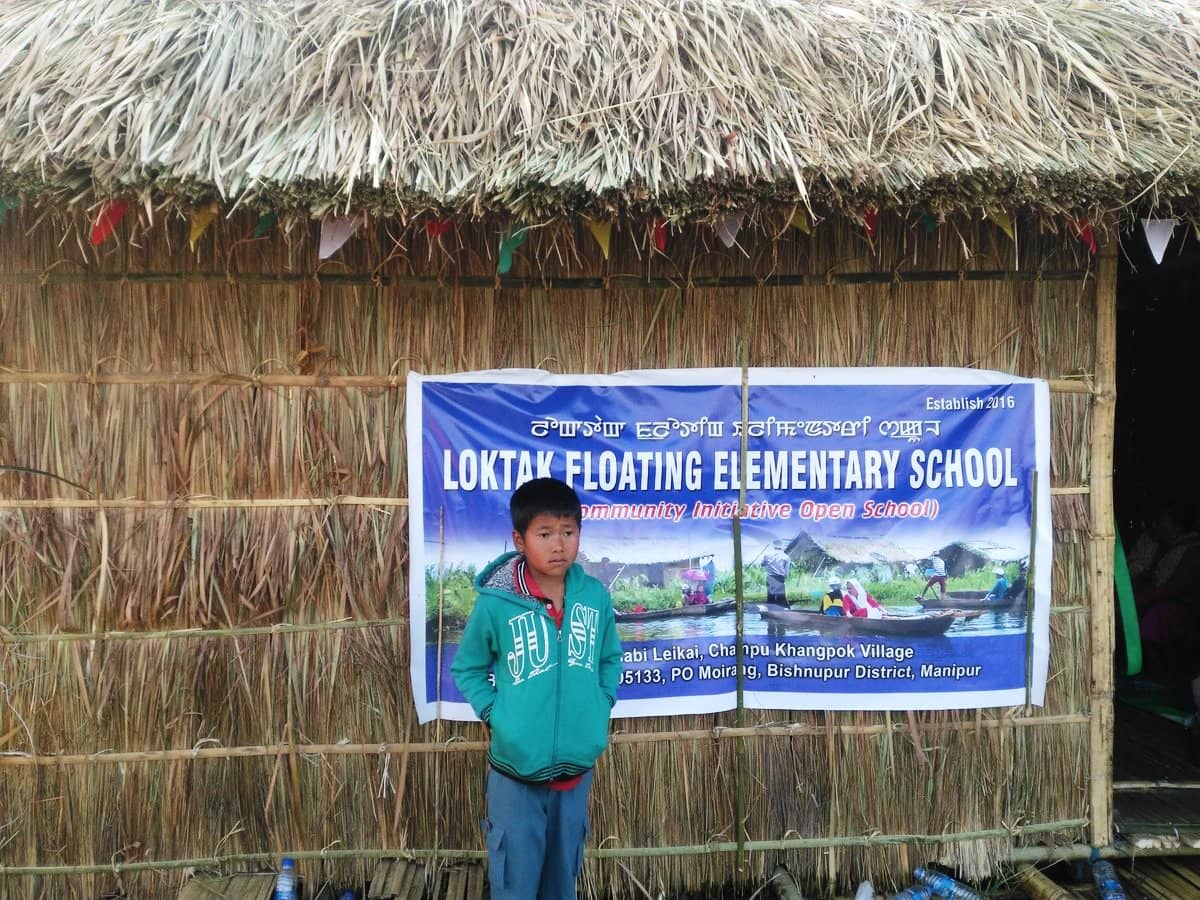 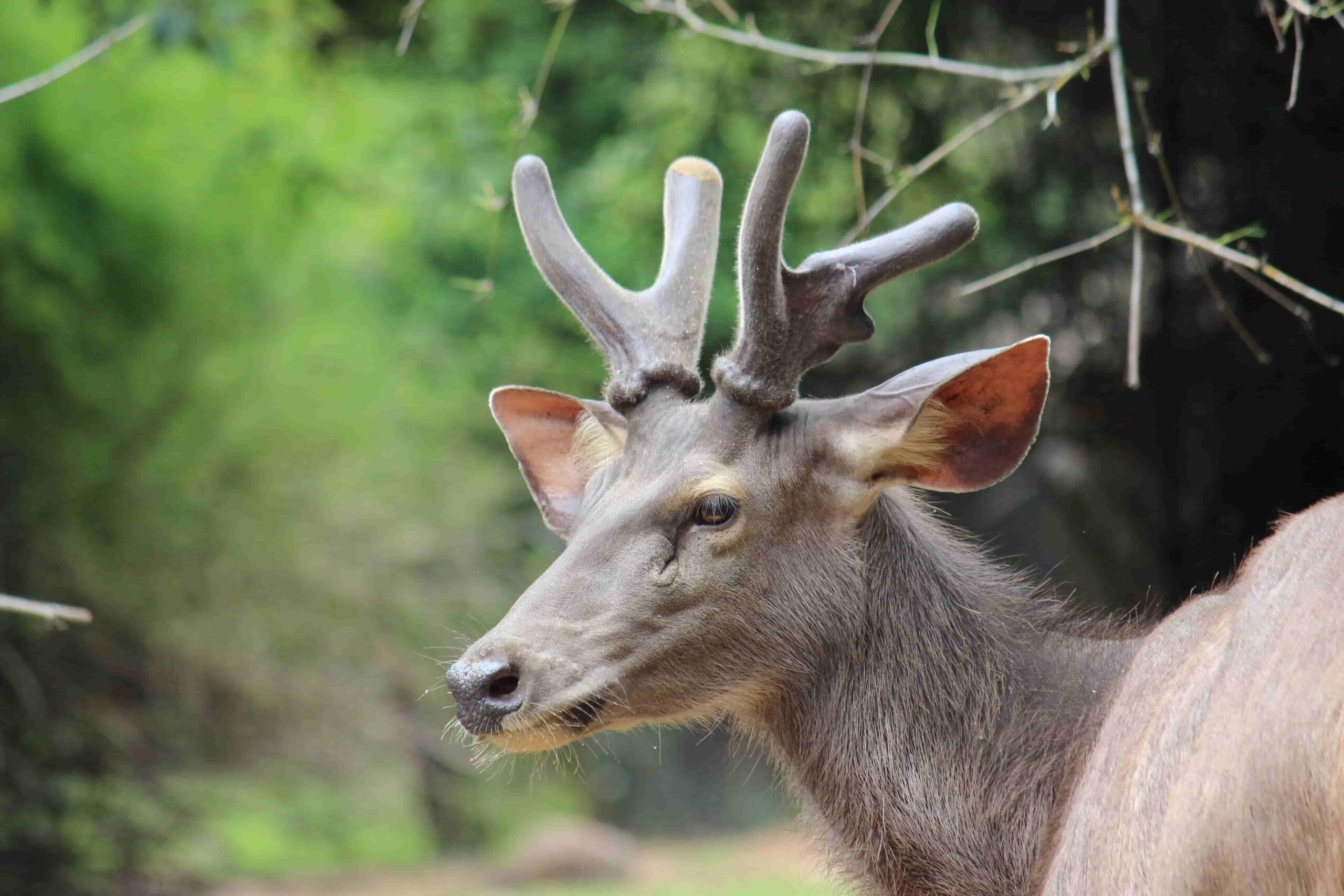 Keibul Lamjao National Park is a singular wetland ecosystem located in the southwestern part of Loktak Lake, which became a national park in 1977. It’s the only floating national park globally and filled with aquatic plants, animals, and birds. There are approximately 100 bird species, 400 unique animals, and 200 aqua plant species.

Great Indian pythons, barking deer, and sambhar are among the unique animal species found in Keibul Lamjao National Park. This park is also the world’s sole habitat for the critically endangered species such as sangai, or brow-antlered deer, in the wild. It’s the state animal of Manipur.

There are two watchtowers and two rest houses within the park that the Forest Department of Manipur maintains. From here, tourists can get an immersive experience of the park. 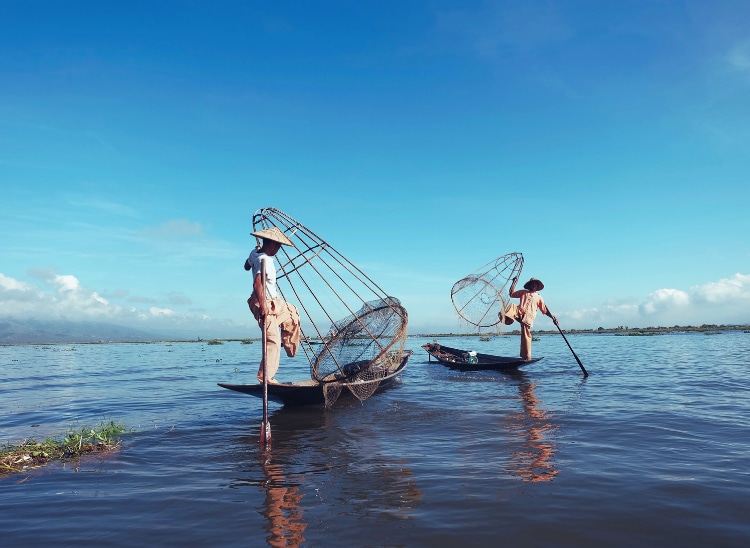 The other important thing about this place is that local people live in India’s best tourist destination. They build shelters and houses on this very floating Island. During the sunset, you can capture a fantastic picture of this place.

The main activity around Loktak Lake is fishing, where the local fishermen use rowboats and oars whenever they are going to fish. Additionally, the boat has been quite popular in the area as they are used when the fishermen want to set fish traps. 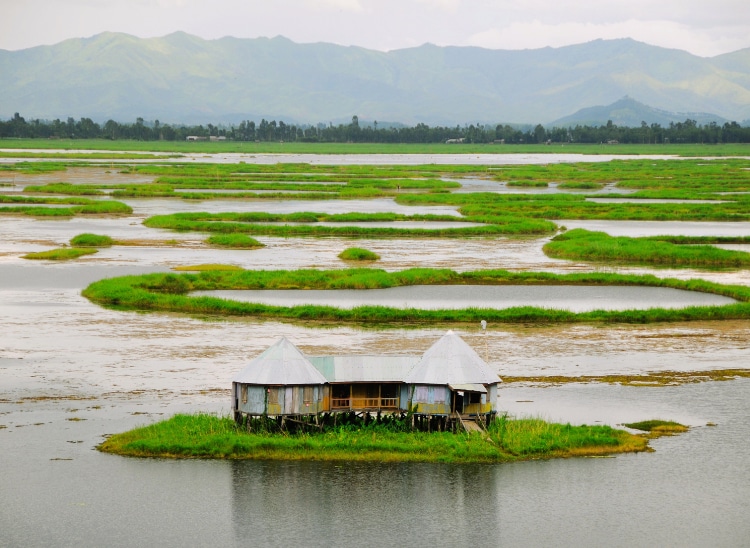 Furthermore, the lake is ideal for hydel power generation and irrigation without mentioning that it supplies fresh drinking water. The houses/shelter are made from bamboo, rocks, metal plates, and rods. You can also enrol your kid to study in India’s first floating school. 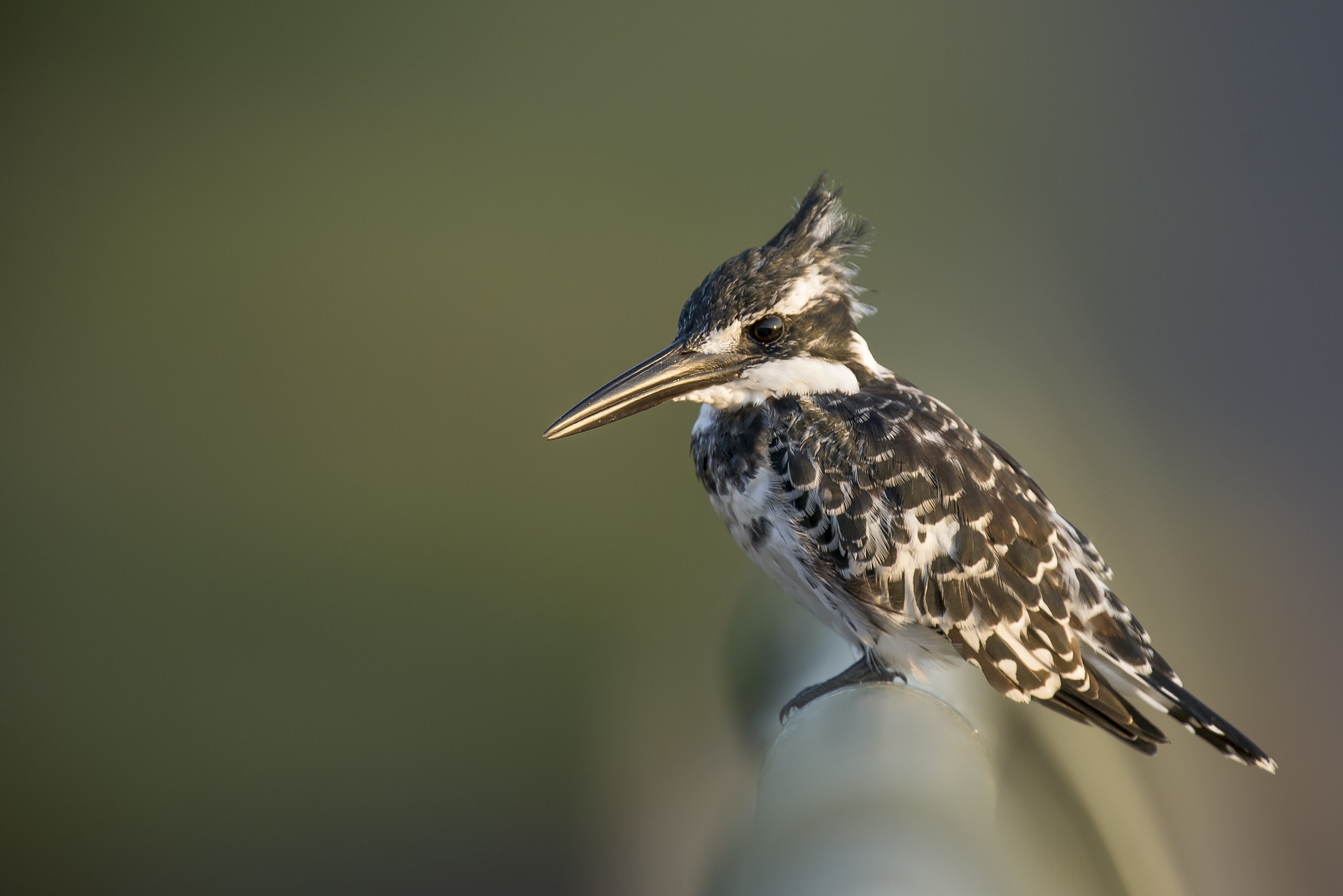 As we had said, there are various species of both animals, plants, and birds which make it a good place for watching unique fauna and flora. East Himalayan Pied Kingfisher, Eastern Jungle Crow, black kite, Skylark, Burmese Pied Myna, and northern Hill Myna are among the birds found in this area, thus considered the best tourist destination for birdwatchers. 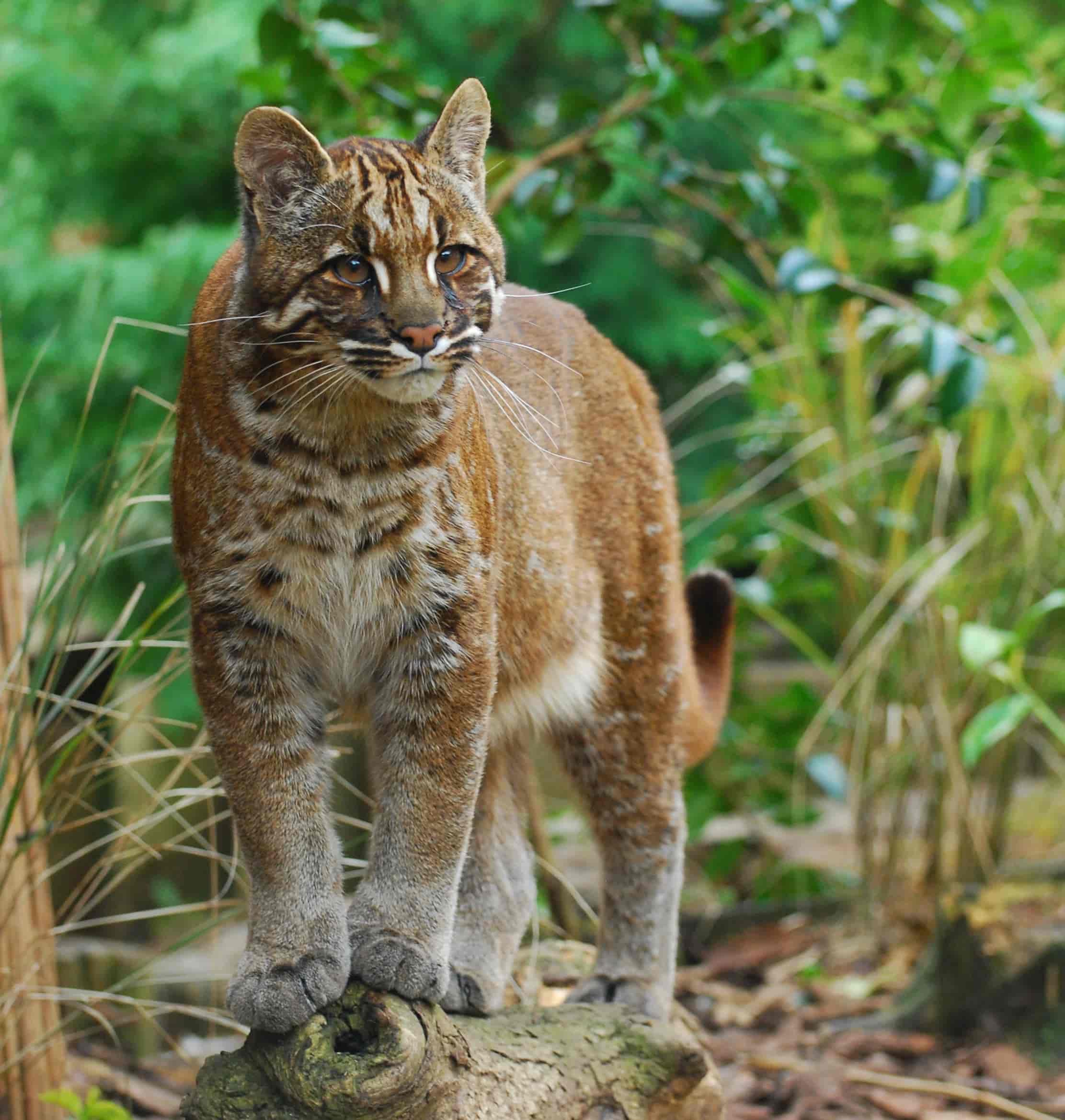 Things to see and do in Loktak Lake

Perhaps it’s time you plan to visit India’s best tourist destination, and you aren’t sure of what you’ll find. Apart from the fantastic animal and bird species, other things will motivate you. 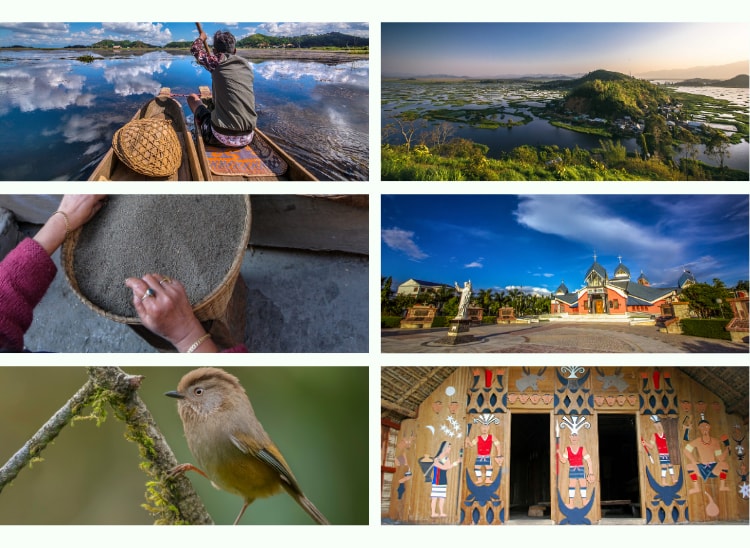 A visit to the only floating national park in the world is ideal between 06:00 and 10:00 hrs in the morning and 15:30 and 18:00 hrs in the afternoon when the sangai deer comes out to feed in herds. A boat trip along the labyrinthine boat routes passing through colourful water plants would be a good way to see the park.

For those who love boating, you'll be impressed to learn that boats are colourful and made by connecting two small boats with a bamboo platform. So, you can spend your time on the lake as you look at pristine aquatic life.

A local “passenger” boat is 10 Rs per person, and there are several vantage points from where you can get a good look at the lake and the phumdis (small floating islands of vegetation and organic matter).

It's only in Loktak Lake where you'll find a floating island in the entire world. If it's a dream you've been having, it's time to see these fantastic wonders for yourself, so you can have a story to tell.

A small island located in the middle of Loktak has become the country’s first cashless island. Though it is not developed properly, here you can take the time to meet and talk to the lovely locals on this island, as they are very cheerful and welcoming. This place will help you to immerse yourself in the local culture rather than standing out.

And if you happen to be there during a festival or function (marriage) it's an absolute must to experience their celebration.

Subhas Chandra Bose led the Indian National Army to unfurl India's first Flag at Moirang soil. It will be like stepping back in time and refreshing the old memories you've had reading in books or hearing from friends.

Lastly, this is a popular tourist site known as Red Hills and a well-known Japanese pilgrimage site.

Getting to Loktak Lake 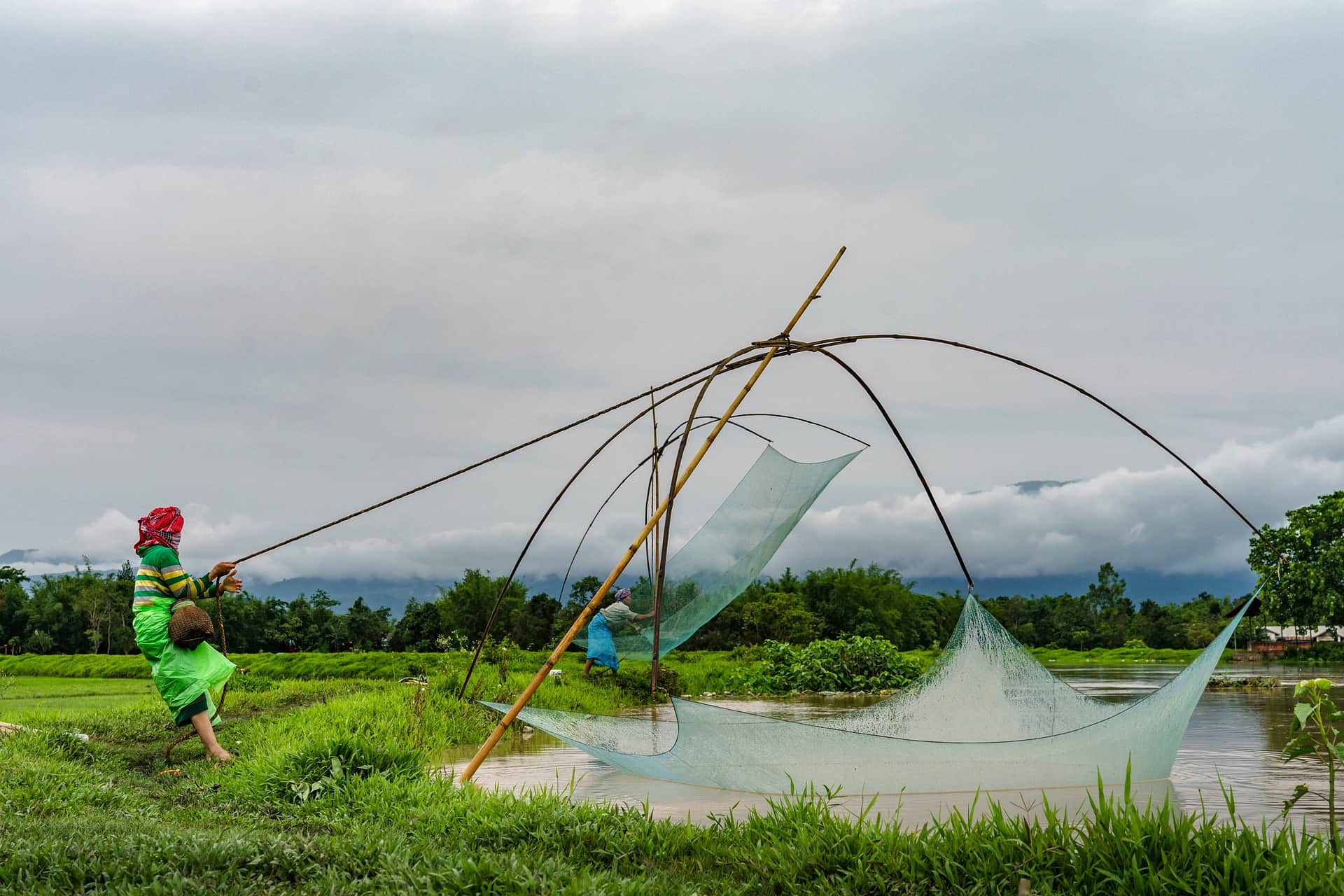 When you’ve landed in Imphal, you’ll take a taxi to Moirang, which is a 30km journey. After that, you’ll take another cab to Thanga village close to Loktak lake. From here, it will be elementary to reach the world’s famous floating lake.

Not many people know about this wonder of the world. But we insist you all to visit this once!

Hang Son Doong: The Largest Cave in the... 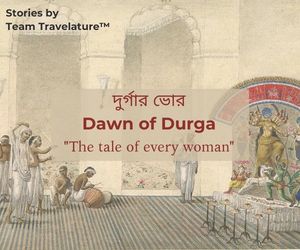 7 Top Significant Temples in Bhubaneswar to...