Top Posts
Chapter 6: The Woman With The ‘Laal Paar...
Chapter 5: Barowari Durga Puja: An Occasion For...
Chapter 4: IPL and Durga Puja Finale 2021-...
Chapter 3: What is the significance of ‘Mahalaya’
Chapter 2: Abar Hobe Bochor Pore
Chapter 1: Durga Maa- A Story Of A...
Tea- An Underrated British India Love Story (“चाय”...
Tales of History #04: History of Passport- Your...
GPS: Grand Prismatic Spring, a Natural Wonder Served...
Chinatown in Kolkata: An Ode to the Chinese...
Thursday, January 20 2022 - Welcome To Travelature.
Dawn of Durga

Those who have heard the ageless song of ‘Mahalaya’ can understand the hysteria it sends through our bones while reaching for our hearts. For those who did not, we request you to go through the song which is played in the first hour of ‘Mahalaya’. For your ease, we have attached the video where you can bless yourself with the song that aware us that ‘Maa’ has come.

Through this article, we want to pay our tribute to Birendra Krishna Bhadra. The legend, Mr Bhadra, is the vocalist behind this song that sparks life into every Bengali household on the day of Mahalaya.

It all began with Mahisasuramardini, a radio programme running since 1931. Through the nine decades since its origin, this song has neither lost its emotional melody nor its musical connect while bringing each of the sons and daughters of ‘Maa’ together. The decades have been long and several vocalists and musicians have tried their hands in reviving this song. We still want our readers to know about Birendra Kishore Bhadra.

Mr Bhadra is not among us in 2021 but we are dropping down the following links through which you read about this man who went on to be a silent and underrated legend.

Mahalaya is the auspicious day when Devi Durga descended on this earth for a duel with Mahishasura. This day is also marked as the end of Pitri (means ancestors) Paksha(means an auspicious day), a 16 day period when Hindus pay homage to their ancestors. With the end of ‘Pitri paksha’ starts Devi Paksha which is considered as the hour of Durga Maa. The Devi paksha is considered to continue for 10 days. Navratri is also symbolic of the beginning of the first day of Devi paksha.

The Devi paksha, which continues for 10 days, symbolizes the victory of good over evil. During this time, Durga Maa cleanses Mother earth from the evil which has plagued us for a year. 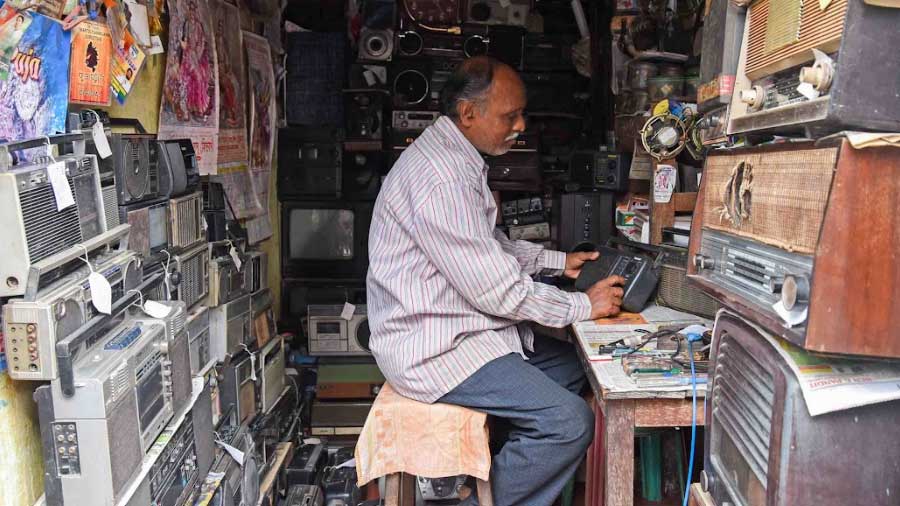 The weeks before Mahalaya are the busiest time of the year for Kolkata’s last standing radio repairman Amit Ranjan Karmakar, who runs a repair shop in Kumartuli. Image Via Amit Datta, Telegraph India.

Mahalaya is a day full of metaphor and symbolism. Metaphorically, Mahalaya is also marked as the beginning of the end of evil. The sons and daughters of Durga Maa feel a ray of hope that Maa has arrived for a better sun-rise.

Mahishasura also symbolises the evil that has plagued our lives for a year and Mahalaya is the day for the descent of Durga Maa. Mahalaya also symbolises the vehicle with which Maa Durga visits the realm of earth. If you feel drops of rain during Mahalaya then visualise that Maa is coming through the waterway on a boat (as her Vahana).

If the sun shines the brightest then Maa is being drawn to earth through her God vehicle which is the elephant. Every deity in Hindu mythology has its carrier. It also symbolises that life is all about being together. 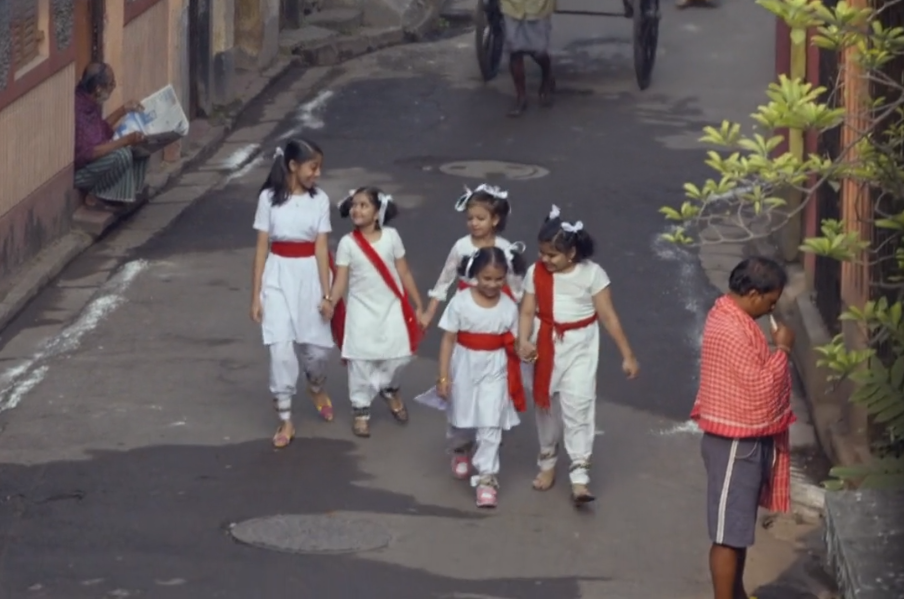 We understand that this article might have been a bit more technical as compared to other chapters but here is the fun part.

Mahalaya is celebrated with the first sunshine and the reason why at 4.30 am, everyone switches on their television sets for the live enactment of Mahalaya. Several prominent stars enact the mythological fight between Devi Durga and Mahishasura.

Then, everyone makes their way outside their house to receive Maa Durga. Students on their bicycles, families in their cars and most others prefer to walk down the road. The sole intention is to receive Durga Maa with bowed down heads in her honour. With the start of Mahalaya, schools and colleges announce their closures which are happy news for every student.

Mahalaya is celebrated in every household of West Bengal and various other frontiers of the world. It marks the end of the first day of the start of Durga Puja. Every individual faces the joy of the celebration of Durga Maa. It is believed that you will seldom see a sad face during Durga Puja. It is because everyone is assured that Maa is there to watch over them.

In Cover Image: (L/R) Mahalaya team outside Akashvani Bhawan, Kolkata; One of the last surviving radio shops in Kumartuli.