Top Posts
Chapter 6: The Woman With The ‘Laal Paar...
Chapter 5: Barowari Durga Puja: An Occasion For...
Chapter 4: IPL and Durga Puja Finale 2021-...
Chapter 3: What is the significance of ‘Mahalaya’
Chapter 2: Abar Hobe Bochor Pore
Chapter 1: Durga Maa- A Story Of A...
Tea- An Underrated British India Love Story (“चाय”...
Tales of History #04: History of Passport- Your...
GPS: Grand Prismatic Spring, a Natural Wonder Served...
Chinatown in Kolkata: An Ode to the Chinese...
Saturday, January 15 2022 - Welcome To Travelature.
Dawn of Durga

What is Durga puja? Why do we celebrate it?

A beautiful question that was posed by the nephew of one of our content writers,

“Mamu, why do Maa comes every year? Didn’t she already kill the Asur years ago?”

Durga Puja is celebrated every year. It starts with the advent of Durga Maa which is known as MAHALAYA. This is the day when Durga Maa, with the blessings of Her husband, Lord Shiva, starts her journey from the immortal realm towards the mortal realm. It is important to understand that Mahishasura was not just a demon but a metaphorical expression of ‘bad entities’ in this world.

We are now at ‘Kalyug’ and negative entities are at their peak. The decade between 2010-2021 recorded the highest number of suicides, mental health problems, wrongful actions, and lay-offs. It also saw the increase in human psychology for the greater good and entrepreneurship. Durga Maa visit us every year to balance good and evil.

What is Durga Puja? 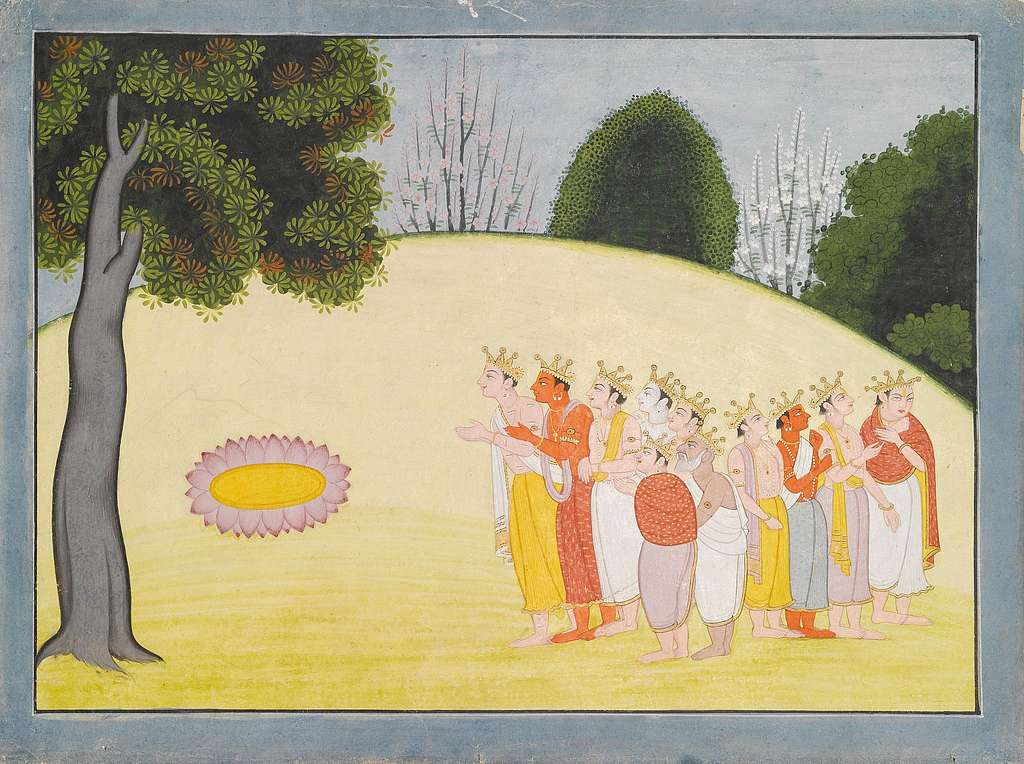 According to the legend, Devi rises from this lotus, is bestowed powers collectively by all the Gods and then sets forth to destroy the demon Mahisasura who had conquered the three worlds and unseated the Gods from their heavenly abode.

It is the beginning of the end.

We will simplify it for you because Google is already doing a great job with all the details about Durga Puja.

Durga Maa was created by the united powers of the Gods. She was structured as a female entity because Mahishasura had the boon of immunity against any man on earth, heaven and underworld along with the animals. Durga Maa ended the reign of Mahishasura. She took her rightful place as the wife of Mahadev and went on to give birth to Karthik, Ganesh, Lakshmi and Saraswati.

The end of Mahishsura was the beginning of the end of evil. It did not end with Mahishasura because as decades passed by, new forms of evil began to step foot on our Earth. Durga Puja is seen as a beacon of hope for good. Durga Maa makes her way to our earth along with her four children and abolishes the evil to restore balance.

Why do Gods take avatars? 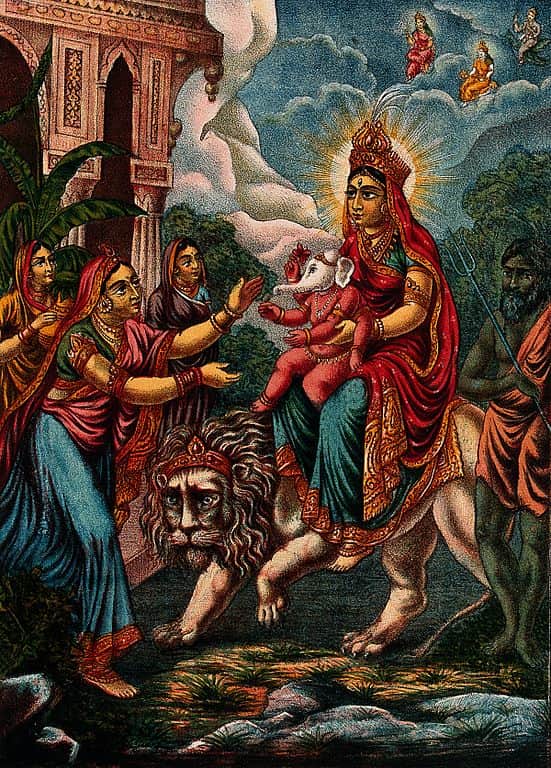 Goddess Durga was an avatar of Lord Shiva’s wife Goddess Parvati. Here in this image, Parvati as Durga riding on a lion presenting an infant Ganesha to a woman. Image via Wiki Commons

Goddess Durga is an incarnation of Goddess Parvati. Incarnation, as per Hindu mythology, is a way of life. Gods take avatars to return to the earth realm in order to restore peace. It is believed that God cannot directly intervene in the problems of his/her children. Hence it is important for Gods to reincarnate themselves in order to understand the problems of his/her children from scratch.

This clearly indicates that every action of God has a motive but we, as mortal beings, sometimes tend to lose our patience and faith. The story of the incarnation of Durga Maa gives us hope that when life gets too difficult to live, Durga Maa makes her presence known in some form of incarnation, clearly beyond our knowledge. It is important to keep believing in ‘Maa’.

Why balance is important?

This is why Durga Maa is celebrated every year to give us hope. Every one of us has our struggles. We have created our own ‘asura’. We fight every day. Either we win or we learn. We look forward to Durga Puja celebration in the hope that ‘Maa’ will come, stay with us for three days (follow our articles where we have explained in detail about those three days) and wipe our woes with her while she leaves only to return again.

“Abar Hobe Bochor Pore”- It will happen again after a year

According to the traditions of Bangal, we never say GOOD-BYE to THE ONES WE LOVE, instead, we use “AAMI-ASCHE” which if translated to English shall imply, “I am leaving to come back”.

Durga Maa never leaves us for eternity. We need to understand that she is not just a Goddess but also a woman, a daughter, a sister, a wife and a mother. She has her own set of responsibilities. This is the reason she cannot stay with us for an entirety.

The Gods made the Asuras. When Asuras began to harm the balance between good and evil, the Gods had to intervene. In one such circumstance, they combined all their powers to create Durga Maa. It is said that the combined strength of all mothers is vested within Durga Maa. Maa visits us every year, helps us fight our demons, blesses us, gives us hope for better days and leaves. It is believed that Durga Maa leaves for Kailash to be with Her husband, The Shiva. She leaves us in the hope to return again for the next year. Durga Maa, like every mother on earth, leaves us unwillingly to be on our own in order to learn the lesson of life. Maa knows that life is the best teacher and we can never learn until she allows us to go on our own.

Chapter 3: What is the significance of...